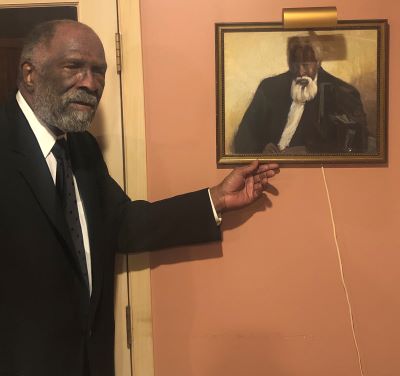 There’s a well-beaten path that many entrants into the world of construction have followed to become successful general contractors. Basically, it involves learning one trade as a novice, perfecting your skill, taking on side jobs while working for somebody else, and eventually making the jump to self-employed entrepreneur. The first office is often the kitchen table or a garage workbench. The initial “hire” is a bookkeeping spouse, and the first employee is a brother, cousin, or some variety of in-law.

Construction is simultaneously very basic and very complex. Miss a step along the way and your finished project may tilt to one side or collapse under its own weight. Or even if you dot every “I” and cross every “t” on the way to perfection, your client may go belly up. The odds of catastrophe are just higher for something to go wrong and the margin of error is much slimmer if it was your blessing to start life as an African American. If you choose to travel this route and you are black, you’d best pack an extra healthy dose of faith.

Fred Perkins, at the ripe age of 81, can tell you stories that evidence every aspect of what you just read, but he doesn’t like to dwell on the hard parts. Even with seriously impaired vision for the last several decades, Fred can truly say that he has seen it all. His companies have played a major role in erecting some of our region’s landmark edifices, from Cleveland Browns Stadium to the Louis Stokes Wing of the Cleveland Public Library and the Gateway Project.

He can truly say he entered construction from the ground up. He and brothers Art, Charlie, and Ed started as asphalt contractors. There is not much in construction that is hotter, harder, more elementary or dirtier than pouring asphalt and brushing it smooth. From their humble beginnings as F.A.C.E., and largely under Fred’s understanding of human relations — he was a teacher and guidance counselor until his sight deteriorated abruptly — Fred’s companies grew into multimillion dollar enterprises that performed work for owners ranging including NASA the US Veterans Administration.

As his brothers peeled off one by one to follow other career opportunities, Fred adjusted by bringing in other family members, including children Fred Jr., Mark, Josh, and Nicole. Today the main family enterprise is housed under the McTech banner, whose client roster includes Metro Hospital, Amazon, the City of Cleveland and the State of Ohio.

Fred would be the first to enumerate how he would have handled some matters far differently had he the chance for a mulligan. One aspect of his career that he would not change is being a silent and stalwart supporter of legions of minority business entrepreneurs whose businesses he has helped as a matter of faith and principle.

While his companies have performed work as far away as Florida and Texas, Cleveland remains the place closest to his heart.

A generosity of spirit animates Fred today more than ever. His dream project, one that he wants to be the capstone of some half-century in construction, is to develop an institute in the heart of the black community where inner city youth of the kind he once was, can learn the technical skills and other aspects of a business that has been, notwithstanding its travails, a blessing to him and his family.

The Institute is being finalized as you read this. So you should understand during this brief excursion into a piece of black history, that the future is under construction. Stay tuned.