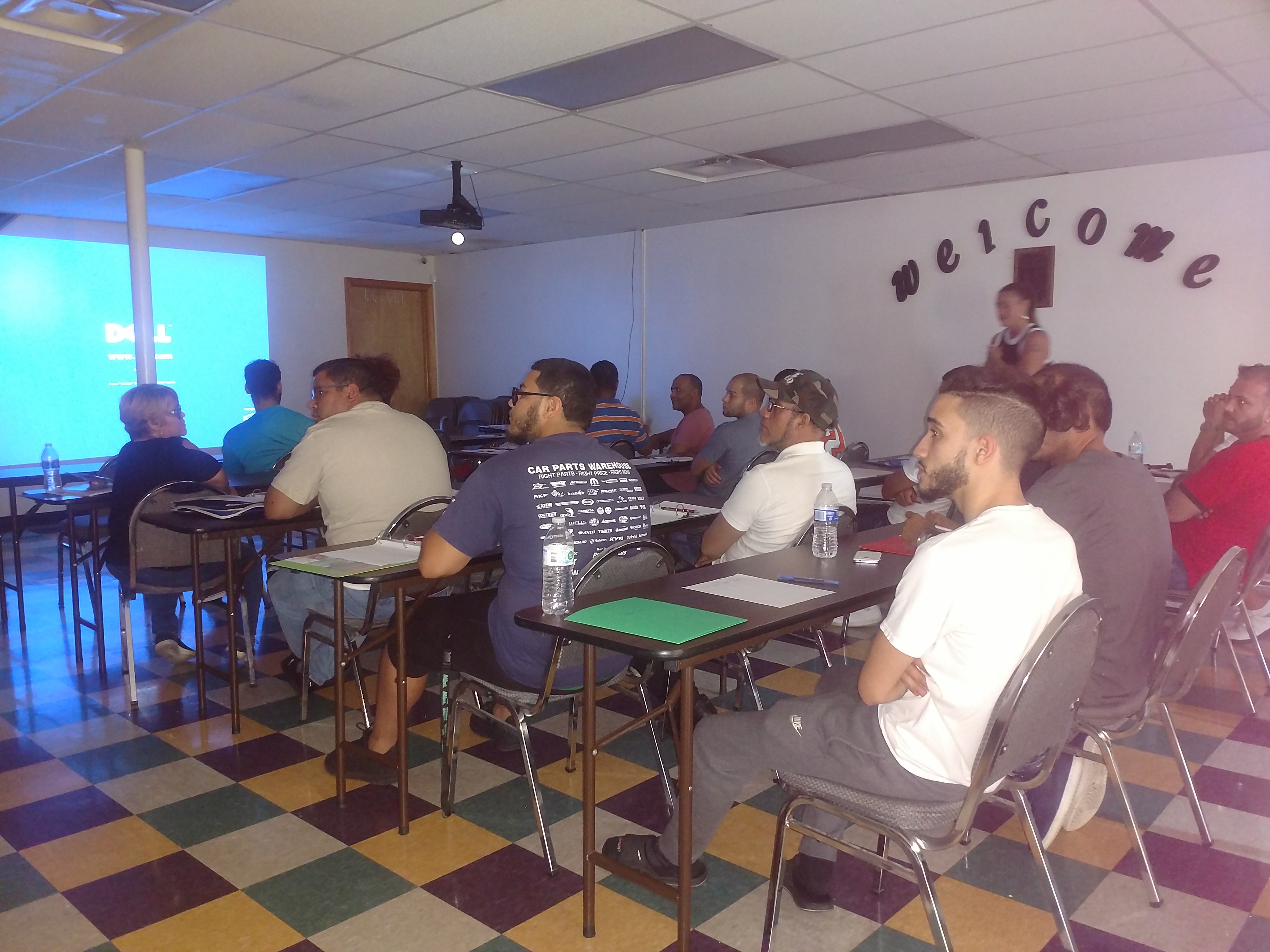 Since 2017, The Latino Construction Program has enrolled about 150 people and moved 75 into the union jobs such as carpentry, electrical, plumbing, brick-laying and more.

Adrian Maldonado of Adrian Maldonado & Associates, one of the five firms working on The MetroHealth Transformation project with Turner Construction, along with Gus Hoyas and Al Sanchez - who he hired as consultants - established the program after MetroHealth’s CEO Akram Boutras expressed a desire to increase diversity on the project.

“We told him, we have this community here, looking for work, can you help?” says Maldonado.

Wondolowski suggested they create a program to train participants, particularly around safety and what it's like to work on a construction site. From there, the three went to the Spanish American Committee, who has it’s pulse on the community, to secure a classroom.

“Once we got the unions in, and Spanish American Committee, we developed the curriculum and started advertising to get people in,” says Maldonado.

“We don’t put up with being late or missing class either,” says Maldonado. “This is a real opportunity. We have to show these unions and companies we are serious.”

Ivan Gomez, program manager says, many of the participants come from Puerto Rico with some knowledge of construction and the trades but the biggest challenge they faced is cultural, trying to help break down the language barriers and the translation of procedures.

“Construction is a great industry,” Gomez says. “If you’re not building, you’re repairing. There’s alway a need for construction. It’s a great opportunity for those who want it.”

Construction Employers Association (CEA) has supported the program since inception. “CEA has been fantastic,” says Maldonado. “We could not have done it without them.”

Jason Jones, vice president of Turner Construction, says he is thrilled about what’s been accomplished over there. “The numbers we’ve seen come out of there have been unmatched.”

Jones gives credit to Sanchez, a former Turner employee, for the curriculum. “As a white man, I can’t claim to understand the need,” says Jones. “This workforce shows up ready to roll up their sleeves and go to work. It’s success rate has been better than other pre-apprenticeship programs..

When asked what the construction company owner can do to support this program, Gomez says, “They can start looking to our community. We have a lot of potential. We’re well prepared and sharp. We just lacked opportunity.”